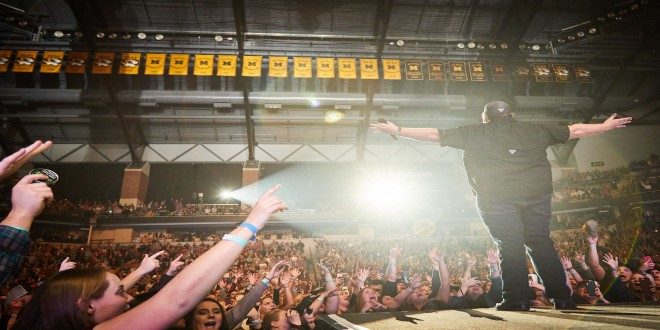 Photo by David Bergman from ShootFromThePit.com

10 Things To Know About: Luke Combs

Here’s a new feature we’ll do on Clear99.com where we hope to give you a few tidbits of information about your favorite country artists.

1. His birthday is March 2, 1990 so he’s a Pisces. Therefore, he’s self-sacrificing and sensitive person. 🙂

2. He went to college for business. He went to Appalachian State University in North Carolina, which is the same school as one of his music idols, Eric Church. While attending App State, he played at local bars.

4. His middle name is Albert.

5. While attending A. C. Reynolds High School, Luke played football and performed with multiple vocal groups, including performing a solo in the world-renowned Carnegie Hall in New York City.

6. The song that introduced many of us to Luke was “Hurricane,” which was released in 2015. The timing of this song coming out wasn’t ideal since Hurricane Harvey had ravaged parts of Texas. Therefore, he decided to donate money made from the single to help out with Hurricane relief. He said at the time on his Instagram page, “The devastation that has and is still happening in Texas tears at my heart. I have lived through a hurricane in North Carolina and seen the aftermath of such an event.”

7. He’s a huge Will Ferrell fan and he hopes to have him in a music video one day. He loves Old School and Stepbrothers.

8. Luke once lost a bet on a football game with a band member so he had to go vegan for three months. He says, “it’s been horrible.”

9. He says Garth Brooks is his country music “spirit animal” because “We’re both dashingly handsome, and we’re both great performers,” he told Billboard.

10. He’s engaged! He actually wrote “Beautiful Crazy” about his now fiance Nicole Hocking before they were officially dating. He says the moment he performed it for her changed the nature of their relationship. Nice job Luke!

Bonus Item: Luke doesn’t have a ‘favorite food’ because he says he likes them all.

Bonus, Bonus Item: Luke was performing at the Route 91 Harvest Music Festival just a few hours before the deadly shooting that took place in 2017, which killed over 50 people. He says it was a moment that forever changed his view on the world.

Luke Is Performing With Tim McGraw