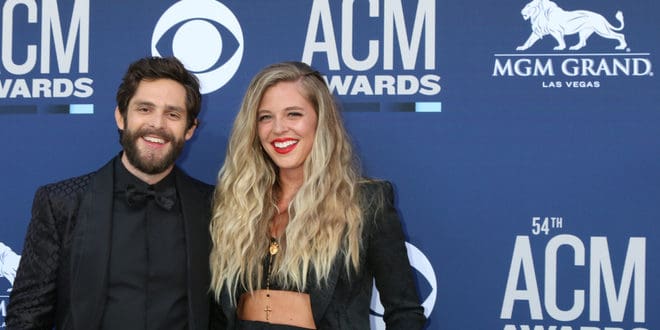 10 Things To Know About: Thomas Rhett

Over the past couple of years Thomas Rhett has quickly become one of the biggest stars in country music. Here’s a few things you might not have known about him.

1. His full name is Thomas Rhett Akins, Jr. Rhett is named after his father, Thomas Rhett Akins, Sr., who goes by Rhett Akins. Akins is also a country singer/songwriter who had a number of hits in the ’90s, which include “That Ain’t My Truck” and “Don’t Get Me Started.” Now, has mostly transitioned to writing songs for other stars, including his son. In a 2013 interview, Thomas Rhett explained that he  didn’t leave Akins out to convince people my dad wasn’t my dad. Saying simply, “I’ve always been called Thomas Rhett. I didn’t want to get rid of it.”

2. Thomas was a member of a band called the High Heeled Flip Flops, which he describes as “punk rock.” His musical influences growing up ranged from Eric Church to Justin Timberlake.

3. Thomas Rhett dropped out of Lipscomb University in Nashville to pursue his music career.  He told TasteOfCountry.com, “I did kinesiology, and after the first four days of class, I dropped out because I was like, ‘This ain’t the class for me!'” he recalled. “I picked up a business major, wanting to do something in sales, but I found out I had to take an Excel spreadsheet class. I was like, ‘Well screw that … I’m not doing that!’ So I dropped my business major, too, and finally ended up doing communications, not having a clue what I wanted to do.”

4. Another country couple learned about Lauren’s pregnancy before Thomas found out.  After adopting Willa Gray and having Ada James, Thomas and his wife Lauren became parents to daughter baby Lennon. Lauren began feeling sick while on a trip to Tanzania, Africa, so she took a pregnancy test. While Thomas was at the gym working out she took the test, and their friends Tyler Hubbard (Florida Georgia Line) and his wife, Hayley, happened to be there. So, they found out Thomas was having a baby before he did.

5. His go-to fast food restaurant is Zaxby’s.  Rhett loves their food so much he even starred in a series of commercials for the chain along with fellow country star Brett Eldredge. Personally, I would recommend the chicken finger platter if you try out there location here in Columbia off of Stadium and Highway 63.

6. Thomas Rhett and his wife Lauren were high school sweethearts, and they were ALMOST each other’s first kiss. Thomas and Lauren were actually in the same Kindergarten class and eventually dated very briefly in high school. Backstory on the missed first kiss: The couple was hanging out on the trampoline in Thomas’ backyard growing up and when he leaned in for their first kiss his mom opened the back door, which scared Lauren and ruined their first smooch.

7. In an interview with CBS This Morning, Thomas explained how both he and Lauren actually both almost married other people. It wasn’t until Thomas received a call from his future father-in-law that a different course for their lives was set. He said, “if you don’t come over here tonight and tell Lauren how you feel about her, then I’m going to tell her how you feel about her.” That’s a pretty smart father-in-law because the Thomas and Lauren started dating and were engaged just 6 months later. 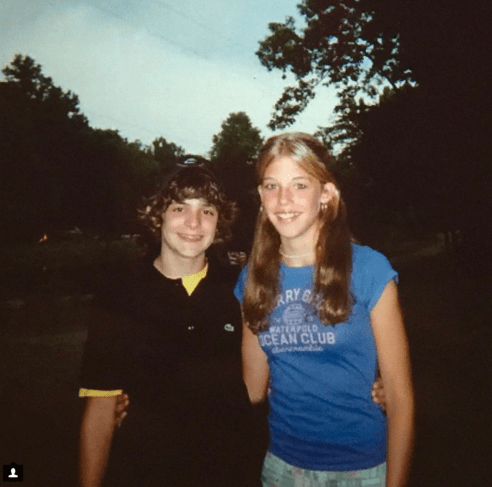 8. Speaking of which… It was Luke Bryan who encouraged Thomas and Lauren to get married at 22-years-old. Guess they were taking some heat for wanting to get married so young so Thomas’ dad, Rhett Akins, recalls Thomas turning to Luke Bryan for some friendly advice on the matter. Luke gave him some pretty simplistic advice, saying “Buddy, if you’re in love and you want to get married, then do it.”

9. Thomas Rhett played football and soccer in high school. Some say that he might have even gotten to play soccer in college if his knee didn’t blow out his junior year of high school. Chalk this up to another one of those moments where God had bigger plans for T-Rhett.

10. Thomas’ music videos don’t include romantic scenes with other woman because Thomas and Lauren have established rules about boundaries. Communication is key. Plus, why use other women as your love interest when EVERYONE already loves your wife, Lauren. In my opinion, keep using her and your family in the videos. Personally, I feel like it gives the fan a glimpse into their lives which builds a stronger connection.

Bonus Item: Thomas’ wife Lauren Akins has her own business, which sells sunglasses. Plus, she has a book coming out in August called Live In Love. You can pre-order it HERE.