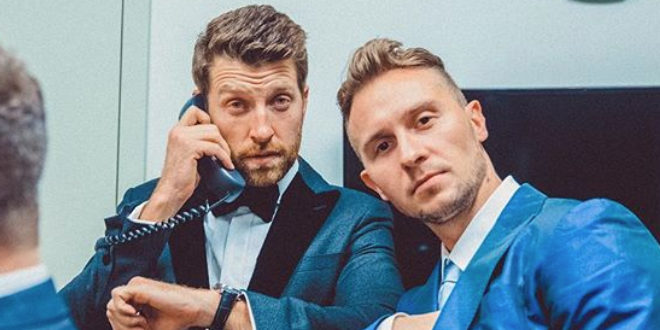 Brett Eldredge wants to add “actor” to his resume..?

Brett is already a successful singer, but now he wants to make it on the big or small screen. Brett said it’s“something that I’m very passionate about getting into… I grew up doing some acting stuff.” And apparently it’s not far off. “I would say, hopefully, very soon, the next few years.”

And Brett’s choice of dream project? A thriller!

Thomas Rhett is hoping to have new music out by next year! And it shouldn’t prove too difficult since he’s written over 150 songs since then, and he doesn’t want to keep us waiting (Thank you Thomas Rhett!!)!

He said, “I remember on my second record, man, we didn’t make a new record for like two years or something like that.  But I just think it’s the way that a lot of fans are consuming music today. When my album came out that was the first time that we’d ever gone out on the road after an album and got to play album cuts that people knew all the words to. But I’ve been doing nothing but writing my face off since the last album came out. But it is my goal to just keep putting more music out there.”

Thomas has written over 150 songs to choose from for his next album.