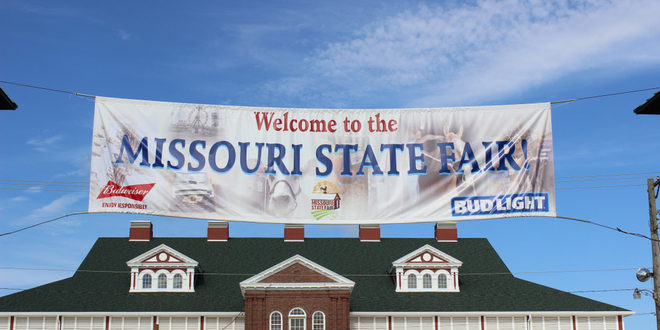 Basically, it looks like the MO State Fair WILL happen this year, but will look different than years past, according to their Facebook post today (06.11). It seems the focus will be agricultural events. Sucks that there won’t be any shows, but SO happy that those individuals who have worked so hard on their projects all year long in FFA and 4-H will be able to show them.

Still a lot of uncertainties regarding other aspects of the Fair so we’ll update this post as needed.

Missouri Gov. Mike Parson said he’s waiting until June 1 to make that decision. Though many other states and Missouri counties have already made the tough decision to cancel their events this year.

“Right now, we will have a Plan A and a Plan B, to have a fair or maybe a shortened version of it,” Parson said Wednesday. “We’re really going to evaluate that on the first of June. We’re going to see what happens in May.”

The fairground is currently operating under heavy restrictions. Beginning on March 17, all events were canceled, but that closure ends May 10.

The Missouri State Fair usually draws about 350,000 total visitors over its 11-day run per year, so the economic impact would be widespread if the event were to be cancelled.

Obviously, it would be sad to not have the concerts, tractor pulls, carnival rides, and I’d miss not being able to get a FAT pork chop at The Missouri Pork Association building. Though, one of the most unfortunate impacts will be for so many children/young adults in 4-H and FFA, who work so hard on projects throughout the year for this event. Plus, a cancellation of this event will put even more financial stress on those in agriculture/livestock, and vendors and other workers who depend on this fair for additional income.

As of right now, the Missouri State Fair is scheduled for August 13 – 23 in Sedalia.