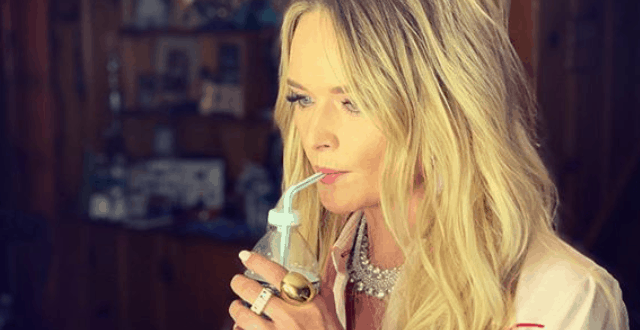 Miranda Lambert‘s brand new single, “It All Comes Out In The Wash,” is out today, and she may have something else up her sleeve..

The song is the lead single from her upcoming project that she co-wrote with a group of female hit songwriters who call themselves the Love Junkies.

Miranda said, “I had the title for awhile written down in my phone, and we like to talk about girlie things and things going on in life when we write together so I feel like this song is just kind of a mix of scenarios that either all of us have been a part of or seen or something that’s happened in all of our lives…”

She posted to her Instagram: “Incase y’all missed the news, I’ve got a new song “It All Comes Out in the Wash” premiering… And…I just may have something else up my sleeve for y’all that day too… Stay tuned”

Could it be a second release from her new album called “Locomotive”?

Details about the upcoming movie Top Gun: Maverick, starring Tom Cruise, Miles Teller, Jon Hamm and Val Kilmer have been kept under lock and key, but our Mizzou friend Jon Hamm is giving fans a glimpse of what awaits..

“They’re using some technology on this that is never before seen. We’re shooting the movie in, I think, 6K. So it’s incredibly hi-def. The aerial footage is mind-blowing. And it’s mostly practical. There’s not a lot of CG. Those guys are really up in planes and getting thrown around in multiple Gs.”

The sequel takes place decades after the 1986 original film, and features Cruise’s return as the pilot Maverick, with Teller playing the son of Anthony Edward’s pilot Goose.