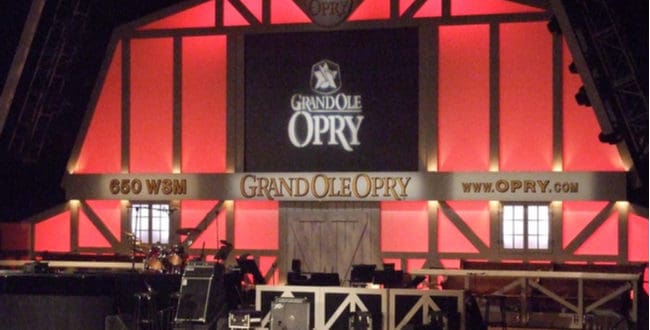 The house was empty, but the tradition carried on in a beautiful way.

Coronavirus concerns forced the leadership of the Grand Ole Opry to close the broadcast to an audience, but it was important that the 94-year-old tradition continued.

Vince Gill, Marty Stuart and Brad Paisley began the show with a tribute to Kenny Rogers.

Brad Paisley also saluted Kenny with his song “This Is Country Music”.  The song usually ends with Brad singing a few lyrics from classics like “He Stopped Loving Her Today” and “Hello Darlin”, but after those lines he broke into the chorus of “The Gambler”.  It was really special and worth seeing. (That song starts about 3:45 into the show.)

The three Opry members then continued the broadcast to an empty room, but to millions either listening to the radio or satellite, or watching the live stream online.  They traded songs and told stories, and talked about how important it was that “the circle remained unbroken.”