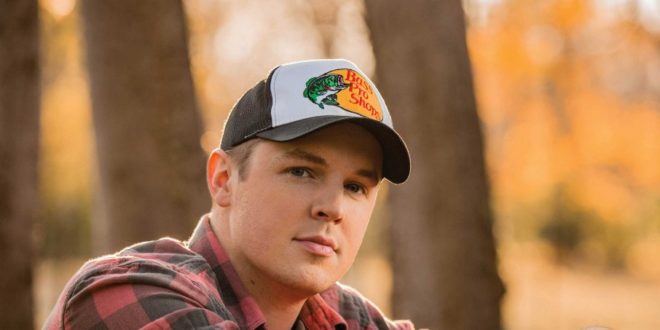 As heard on Clear Country Nights, my ‘Artist of the Week’ is Travis Denning!

He’s been writing songs for the likes of Jason Aldean and Michael Ray as an adult, but remembers the moment he realized he wanted to pursue music for a living.

He says that he was seven years old sitting in his Dad’s truck and heard AC/DC for the first time. From then on, he was hooked and devoured all types of music from country, pop, rock and heavy metal.

He moved to Nashville in 2014 and within a year signed a publishing deal. After securing outside cuts by Jason Aldean, Justin Moore, Michael Ray and Chase Rice he caught the attention of Universal Music Group where he signed a record deal in 2017.

Travis just released his new single “After A Few” which he co-wrote with Kelly Archer and Justin Weaver following his Top 40 debut single “David Ashley Parker From Powder Springs”.

On the music he writes and performs,

Travis was recently selected as a CMA KixStart Artist Scholarship as well as Opry NextStage recipient and will receive unique opportunities to participate in events as well as connect with industry professionals.

He will join Riley Green out on the road this fall for the “Get That Man a Beer” Tour.