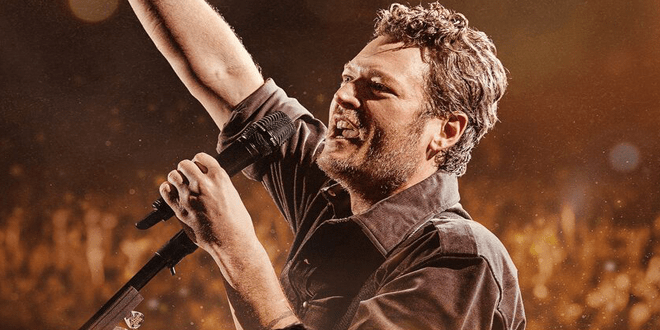 Blake Shelton has another music video under his belt and this one has family ties!

He just released the video for his new single, ‘Minimum Wage’ and it was directed by his fiancé’s brother, Todd Stefani.

Blake said, “We had a lot of Covid protocol in place for this video. I really felt like the video needed to be a live performance, so we had a few fans at Ole Red in Tishomingo. Of course, everyone had to be pre-tested and re-tested and temperature checks and social distance. I’m still amazed by the camerawork and how it looks like Ole Red is packed with people knowing there were just a handful of people actually on site. Gwen’s brother Todd captured exactly what I wanted to it to be.”