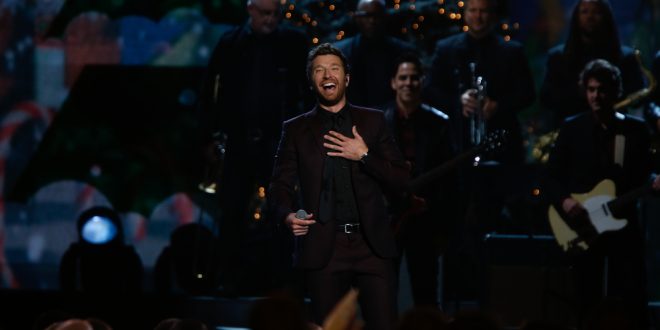 Brett Eldredge is quickly becoming the king of Christmas…or in this case Mr. Christmas!

Brett just announced he will be releasing a new holiday album on October 22nd called Mr. Christmas. The project features the classics along with two originals, including the title track “Mr. Christmas,” which Brett co-wrote.

“Mr. Christmas’ is something that I’ve been planning out for quite a while. This album is so much fun and full of joy and magic. From the album cover, you can find the magic of Mr. Christmas standing in the windowfront, looking out just like the old stores on the Rockefeller Plaza in New York City and people passing by in the window. We captured that nostalgic, classic feel that Christmas brings and mixed it with the soulful side of my music influences. It’s got a lot of heart and magic – it’s a special one for people to hear.”

Brett will support the holiday project with his annual Glow Tour, scheduled to kick off on November 13th in Las Vegas.

Unfortunately he will not be stopping anywhere in Missouri but he will be coming to Nashville and Chicago.