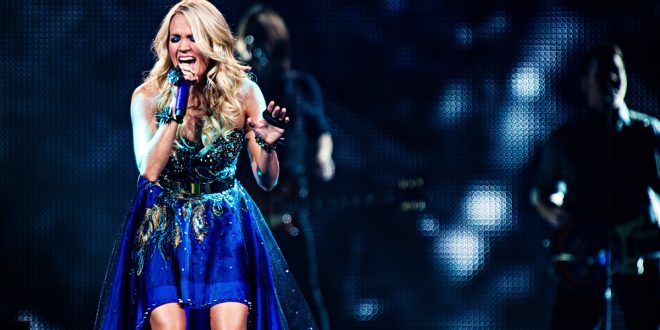 Carrie Underwood To Release “My Savior: Live From The Ryman” DVD

Carrie Underwood has recorded her first-ever gospel live performance DVD, My Savior: LIVE From The Ryman, which will be released internationally on July 23rd. The concert was filmed at the Ryman Auditorium in Nashville, known around the world as “The Mother Church of Country Music,” on Easter Sunday.

Highlights of the Ryman concert include a duet with CeCe Winans on the classic hymn “Great Is Thy Faithfulness”; NEEDTOBREATHE singer/songwriter Bear Rinehart joins Carrie on “Nothing But The Blood Of Jesus”; Southern gospel and harmonica legend Buddy Greene and 10-time CMA Musician of the Year Mac McAnally, both of whom played on the album, also appear with Carrie.

My Savior: LIVE From The Ryman was streamed live globally on Easter Sunday and raised over $112,000 for Save the Children.

On July 23rd, a TV special featuring performances from the My Savior: LIVE From The Ryman DVD will air on networks including PBS, DIRECTV, DISH TV, Circle TV, TBN, RFD-TV and more; and it will air in Canada on The Miracle Channel, Vision TV, Hope TV and CTS (Crossroads). The special will also air on GAITHERTV (Roku/Apple/Amazon) and on the Gaither TV YouTube Channel for a limited time beginning July 23rd.