We noticed a cool idea around St. Paddy’s Day where people would put up four-leaf clovers in their windows for neighborhood kids to search for while practicing social distancing… so let’s go on a Big-Hearted Bear Hunt. 🙂

If you don’t already have a teddy bear in your house, then just print off the Clear 99 Big-Hearted Bear below and put it up in your window at your house. When you do, then text us at 800-455-5257 (KCLR) your neighborhood so we can mention it on the air to let parent/kids know.

We thought to include Missouri Heart Center because… well, they help fix hearts. Thank you to them and ALL first responders that are going above and beyond to keep our community safe. 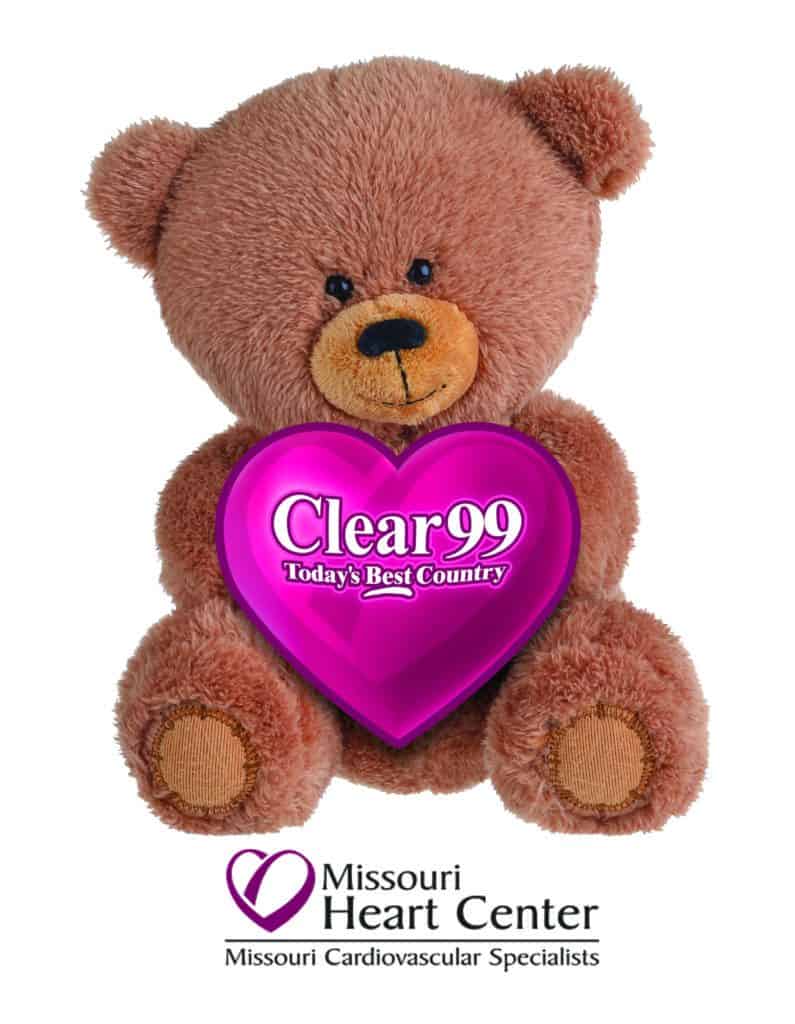