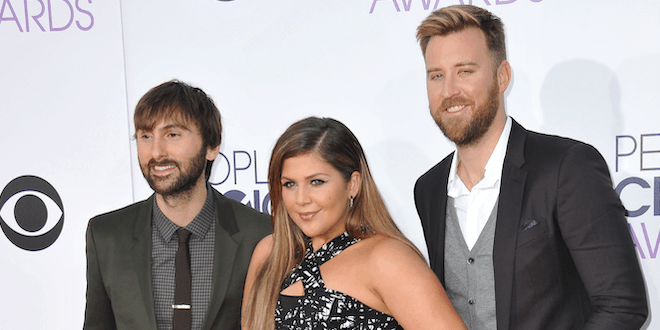 Lady Antebellum just released the official video for their song “What I’m Leaving For,” and it’s a tear jerker!

Between the three members of Lady A, they share six kids.

All six kids are featured in this new video, in the form of home movies, which are exactly what you would expect in home movies from parents with their kids. Water slides, hiking, tricycles.. But the most memorable part of this video is the end when all three members of Lady A are shown coming home to their kids and significant others.. Grab the tissues for this one!

Rascal Flatts have added dates to their Farewell: Life Is A Highway Tour, making a stop in STL on July 23rd.

Among the new dates are a hometown show at Columbus, OH’s Nationwide Arena on Sept. 25th and an adopted hometown show at Nashville, TN’s Bridgestone Arena on October 30th, where the tour will wrap. Tickets go on sale beginning this Friday at 10 a.m. local time at rascalflatts.com.

What makes a road trip even more fun? Bringing friends along! Excited to announce the addition of @iamchrislane, @chaserice, @avenuebeat, @cayleehammack, @kingcalaway, @mattstellmusic and @rachelwammack to select dates on the #RascalFlattsFarewell Tour. We’ve also added new shows, including hometown stops in Columbus and Nashville! Tickets are on sale this Friday, February 21 at 10AM local time at RascalFlatts.com