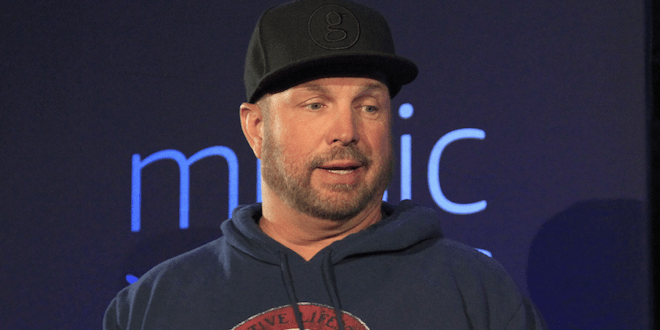 Garth Brooks has a timeline for his new album!

Garth has been talking about his upcoming studio album, Fun, for some time but we finally have a timeline for when it will be released. Before his tour stop on Saturday, Garth gave reporters an update saying,

“…(It’s) looking like summer at some point. Music retail is totally different than what it was five years ago… so now new ways to bring the music to the people are out there and we’re gonna explore those new ways this summer.”

Blake Shelton welcomed a ‘surprise guest’ during his Friends and Heroes Tour stop over the weekend.. Girlfriend Gwen Stefani.

Blake said, “I moved to Nashville when I was 17 years old to get a record deal, get my songs played on the radio and go on tour to play my music. I’m living that dream out here on the road with several of my friends and heroes, and I’m so glad y’all are having as much fun as we are, cause we’re having a damn blast!”

The Friends and Heroes Tour features special guest Lauren Alaina as well as appearances by The Bellamy Brothers, John Anderson and Trace Adkins.