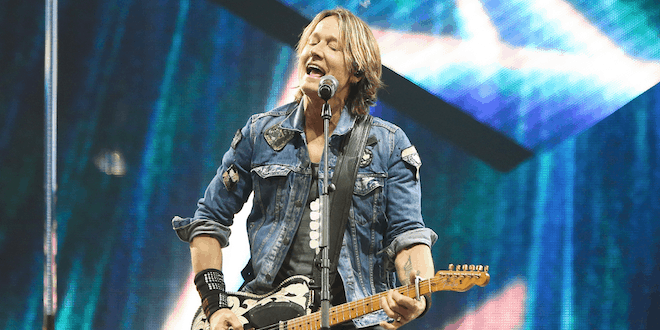 Keith Urban is having a pretty good week.. Yesterday he was announced as this year’s host of the ACM Awards for the first time, earned an ACM nomination for Male Artist of the Year and released a new single called “God Whispered Your Name.”

The song is one Keith didn’t write, but he said, “…If I’m gonna record a song that I didn’t write, like this one, then it’s gonna be a song that speaks to me really strongly, and ‘God Whispered Your Name’ absolutely spoke to me and tells my journey in such a profound way.”

The song is part of an upcoming album.

The 55th annual ACM Awards will air live from the MGM Grand Garden Arena in Las Vegas on Sunday, April 5th at 7p on CBS.

Kelsea Ballerini has released the track listing of her upcoming album, called Kelsea, and it features two collaborations — one with pop star Halsey and one with Kenny Chesney.

Kelsea will be released on March 20th.

Kelsea’s new single is called “Hole In The Bottle.”

Previous The Bachelor: Senior Edition?
Next Yellowstone Renewed For Season 4