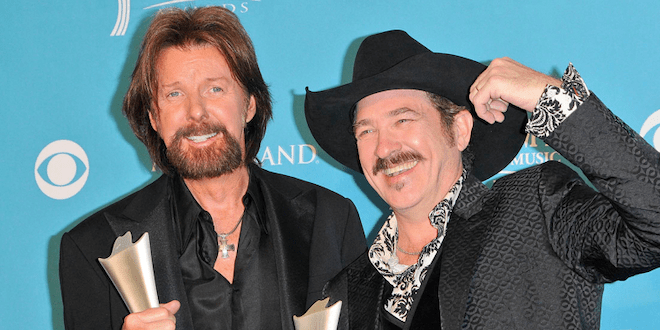 Ten years after parting ways, Brooks & Dunn are hitting the road this summer, kicking off their first nationwide tour in STL!

Brooks & Dunn Reboot 2020 Tour will kick off in St. Louis, MO on May 15th with several yet-to-be-announced special guests.

Ronnie Dunn joked, “So much for ‘we quit,’ huh? That horse that we were afraid of riding into the ground apparently didn’t share our sentiment . . . he gotta fire in his belly raring to go another round or two. I like the ring of it . . . ‘Brooks & Dunn ride again!’”

Kix Brooks added, “The memories of playing live are what have kept the fire burning for us. Performers who have had the kind of nights like we’ve had with our fans, can never really let that go. Live is where we’re most at home, and it’s gonna feel good to be back in the saddle, let’s rodeo!  We’ll see y’all out there on the trail.”

Brooks & Dunn released their Reboot album last year. It featured collaborations on some of their biggest hits with special guests like Luke Combs, Jon Pardi and Thomas Rhett.

The duo is currently nominated for a Grammy.

We’re hitting the road! Announcing the Brooks & Dunn REBOOT 2020 TOUR. Get all the details on dates & cities near you at the link in our bio.