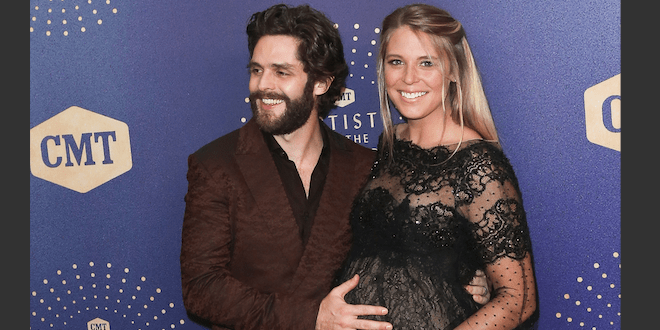 Thomas’ latest album, Center Point Road, has landed him a Grammy nomination for Best Country Album heading into the Awards.

Thomas said, “It’s just wild.  When you get nominated for an album, a full project, it really does mean the world, because a record just takes so much work to complete. The writers and the producers and the background singers and everybody. So, to be recognized by the Grammys for that is like . . .  it’s ridiculous.”

The 62nd Annual Grammy Awards will air live from Los Angeles on CBS this Sunday.

In the meantime, Thomas’ wife Lauren is ready to have their baby..

Luke’s headlining What You See Is What You Get Tour kicks off next month with special guests Ashley McBryde and Drew Parker. He will be making his stop at the Mizzou Arena on February 7th!! (Hope you were able to get tickets!)

Luke’s most recent single, “Even Though I’m Leaving,” was Luke’s seventh consecutive No. 1.