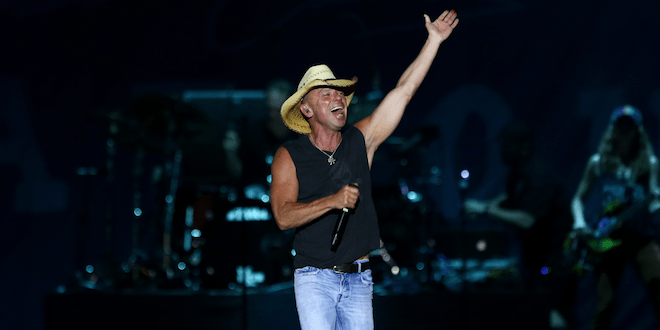 Get EXCITED Kenny Chesney fans.. A new album is on the way!!

Kenny Chesney is working on finishing up a new album! He recorded over the last 18 months in Nashville, Key West, Malibu and on the road.

He said, “Rather than just churn out a record, because it was time, I wanted to give myself the opportunity to just get inside the music.”

There’s no word on a release date, album title or how many tracks there will be, but we do know he is getting ready to head into rehearsals for his 2020 Chillaxification tour, which kicks off in April with Florida Georgia Line, Old Dominion and Michael Franti & Spearhead, stopping at Busch Stadium June 13th.

Kelsea Ballerini is also set to release her third studio album, called Kelsea, on March 20th. But we have no further details.

The best part about songwriting and getting in the studio is that music always surprises you… if you stay open, keep listening and let it show you where it wants to go. I think we’re dialing in a pretty cool record that represents me and every single person who’s a member of @noshoesnation. There really is no better compass than all of you. #noshoesnation has more heart, more passion, more love of life, and if I can be true to you, then I feel like we got it. I’m ready to get the next wave of my life on in full. I can’t wait for you to hear some of these songs and see them everywhere this summer on the #chillaxificationtour.