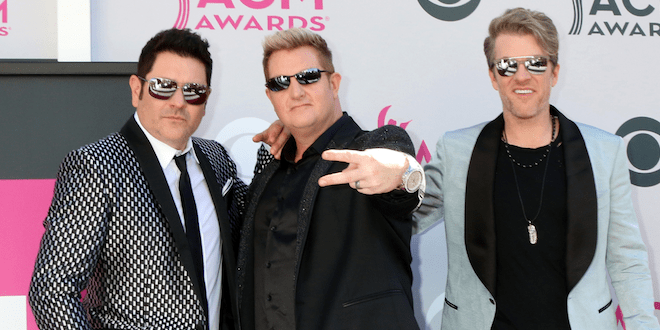 It was announced yesterday that after 20 years together, Rascal Flatts will be heading out on their Farewell: Life Is A Highway Tour.

The tour will kick off in June, making a stop in STL July 23rd. The guys visited CBS This Morning yesterday to announce the news.

Gary LeVox said, “When we started out 20 years ago, we could not imagine all of the people, places and gifts we would encounter. The greatest feeling ever, is being told that our music has been the soundtrack to their lives . . . That’s why we create music and the reason we can’t wait to celebrate this incredible 20 year journey all year, with our fans who we love dearly. I don’t know what God has in store for the future, but I am excited to see what He has planned!”

Jay DeMarcus added, “Rascal Flatts’ music will live on forever, because of our fans, and this year is all about them!”

Tickets to the Farewell: Life Is A Highway Tour will be available in the coming weeks.

When we started out 20 years ago, we could not imagine all of the people, places and gifts we would encounter. As we head out on the Rascal Flatts Farewell – Life is A Highway Tour, there is no sadness. Just new chapters, new journeys, and new beginnings. This year, and this tour, is all about YOU. Register for first access to tickets and leave a Flatts memory on the fan wall at the link in bio.

Dustin Lynch claims his seventh Number One hit (his second as a songwriter) this week with “Ridin’ Roads.”

The song will be included on his new album along with his last single and Number One “Good Girl.” The new album called Tullahoma is set to be released January 17th.

Dustin will celebrate that day with a full concert performance at Nashville’s Marathon Music Works. And promote the album on ABC’s Good Morning America Jan. 20th.