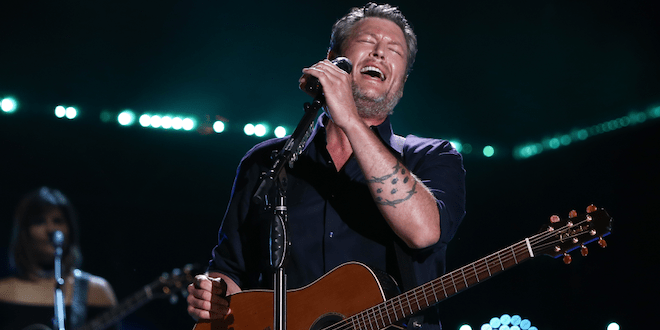 Blake Shelton is set to release a new project!

Blake joked and said, “Well, I knew the label would come up with some plan to release an album. I’ve been vocal about how much I like this new way of releasing songs more frequently.”

“God’s Country” is nominated for CMA Video, Single and Song of the Year, which makes sense.. the song was Blake’s 26th No. 1. The CMA Awards will air live from Nashville on November 13th on ABC.

Luke Combs will headline his first ever stadium show at Appalachian State University’s Kidd Brewer Stadium in NC on May 2, 2020. Luke actually attended college there up until deciding to chase his musical dream just a few years ago..

The show is part of Luke’s newly confirmed What You See Is What You Get Tour. The 2020 run continues Luke’s success on the road with ALL TEN of the first concerts selling-out IMMEDIATELY after going on-sale.