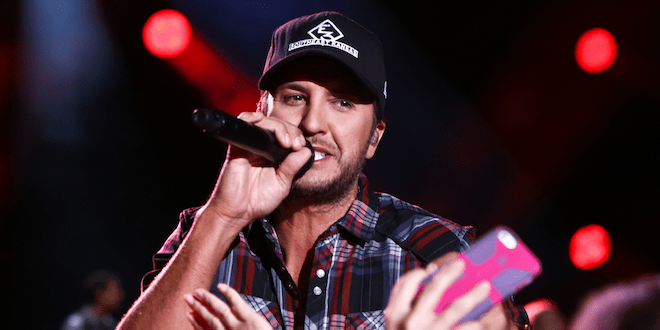 Luke Bryan told one couple their baby was going to be an alien.. What?

On the last night of Luke’s Farm Tour there was a couple in the front row handed him a sealed envelope for their baby’s gender reveal.

He joked and said, “These damn gender reveals have gotten out of control.” When he finally got the envelope open, he continued to make jokes and laughed and said: “Well, first of all, it’s a green piece of paper. Congratulations, you’re having an alien!”

He finally told the couple they were having a girl.

WHAT IT’S ABOUT: The Addams Family is preparing for a ghoul-filled visit from their extended family but when Margaux Needler shows up, trouble soon arrives too.

WHAT IT’S ABOUT: A hitman becomes the target of an assassin who is able to predict his every move.