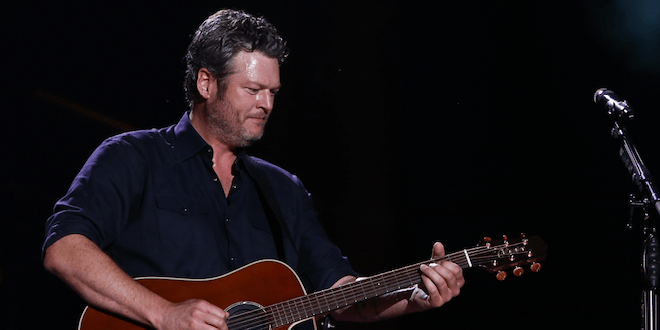 Blake Shelton is going to kick off 2020 with a throwback tour!

Blake is bringing back the Friends And Heroes 2020 Tour. It will launch in February with appearances by The Bellamy Brothers, John Anderson, Trace Adkins and special guest Lauren Alaina.

Blake said, “The Friends and Heroes Tour was so exciting and successful last year that I couldn’t imagine not trying something like that again… We were only able to do a handful of shows last year, so we’re going to take the tour to different areas so that fans will get a chance to see what we did.”

HELL RIGHT, Y’ALL! The #FriendsAndHeroesTour is heading back on the road with very special guest @laurenalaina and special appearances by @bellamy_brothers , @johnanderson, and @traceadkins. Tickets on sale 10/25, but sign up for the mailing list and receive a pre-sale code to early access tickets on 10/21!

Florida Georgia Line‘s Brian Kelley is taking on the role of producer for a new musical called May We All. Variety reports the show will incorporate hits by many country stars including Luke Bryan, Miranda Lambert, Chris Stapleton, Dolly Parton, and, of course, FGL.

May We All is described as “a fledgling country singer protagonist who reluctantly comes home after a rough start in Nashville, ultimately to discover that her roots may take her a lot further than her dreams.”

May We All is scheduled for the fall of 2020, with a Nashville world premiere planned for 2021.