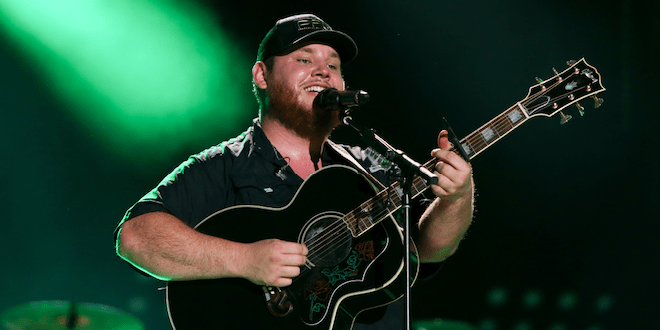 What do Luke Combs and Shania Twain have in common?

Luke Combs’ double-Platinum debut album This One’s For You is No. 1 on Billboard’s Top Country Albums chart for the 50th non-consecutive week, tying the record for the longest reign at the top with Shania Twain’s 1997 album, Come On Over.

Whoa. This One’s For You is also the most-streamed country album of 2019 so far.

Luke’s new album, What You See Is What You Get, will be released on Nov. 8th.

Veteran’s Day is next month, and Dierks Bentley‘s Desert Son clothing line partnered with men’s brand Flag & Anthem to celebrate the day by releasing an exclusive graphic tee in support of the non-profit organization Folds of Honor.

All proceeds will help provide educational scholarships to spouses and children of fallen and disabled service-members. It’s available now at flagandanthem.com.

New limited edition @foldsofhonor @flagandanthemco t-shirt. All proceeds will help provide educational scholarships to spouses and children of our fallen and disabled service-members. Order at the link in bio #ad