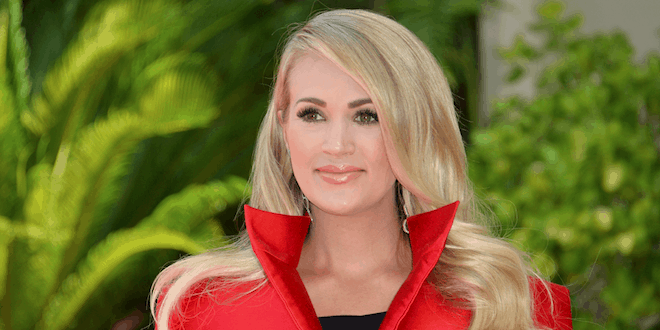 Carrie Underwood just charted her 27th number one with “Southbound!”

This is her 14th number one as a songwriter (she co-wrote “Southbound.”) Carrie said this wasn’t an easy song to write:

“We get in a room and I had the title. I was like this sounds like fun, I think. We can do something fun with this. But then you realize how tricky for some reason it is to be a woman and write like kind of a drinking party boat song. It’s strange.”

And here’s a little love from Miranda:

It's fall weather in Nashville! Sitting here on my porch, I realize with the chill in the air that it’s getting closer to Nov which means my birthday month and #CMAawards final voting time. Entertainer Of The Year is the big one So I’m gonna share my two cents… pic.twitter.com/lAS2GvmtUH

Joker snagged $9.7 million, the best Monday ever in October, for a total haul of $105.9 million. The film beat Venom’s Monday record from last year of $9.63 million, which was snagged on Columbus Day.