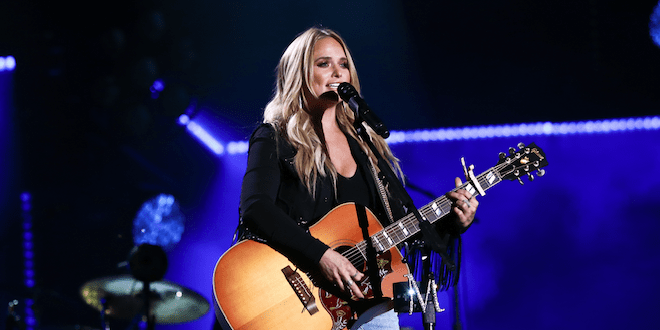 Wildcard features 14 new songs, including her current hit, “It All Comes Out In The Wash.”

The album is vastly different from her 2016 album, Weight of These Wings. The sassy side of Miranda is definitely back! She said the project reminds her of her 2005 debut album.

“The people were like, ‘We want a Miranda song,’ whatever that means and now I feel like, ‘Okay, well whatever that means it’s on this record.’ I think it was just the sarcasm and the feistiness and this record reminds me more of Kerosene than any record I’ve done in between because I kind of approached it with the same energy and open-mindedness.”

A new variety special hosted by Brad Paisley called Brad Paisley Thinks He’s Special is set to air on Tuesday, Dec. 3rd at 7p on ABC. The show will spotlight the energy of Music City from Nashville’s War Memorial Auditorium through a combination of Brad’s humor, unexpected surprises, and musical performances.

I’m so thrilled for y’all to see this show, we could not have had more fun! @kelseaballerini @dariusrucker @jonasbrothers @chrisbharrison @thetimmcgraw @carrieunderwood