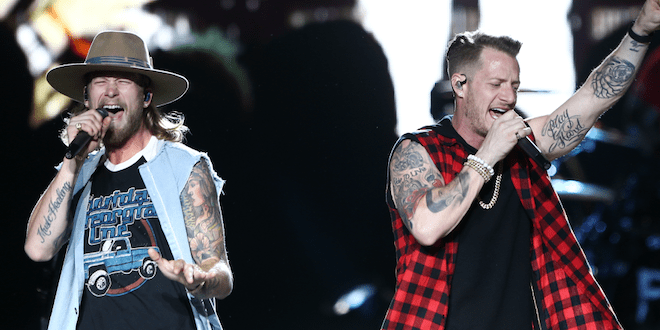 Florida Georgia Line is once again nominated for Vocal Duo of the Year at tonight’s CMA Awards, an honor that they’ve have taken home three times already.

But win or lose, being nominated is meaningful because it recognizes more than just the two of them.

“It’s just a big night for team FGL, man. Florida Georgia Line is Brian and Tyler but there’s so much more that goes on with our team in Nashville, our band and crew on the road that make this thing run.  And it really does mean a lot to us, and we don’t do it for the awards, but it’s cool to know that you’re doing something right and that people appreciate it.  And our fans are the most amazing in the world, and it just really puts everything in perspective about what it’s all about and making the most of it.”

John Legend has been named People’s Sexiest Man Alive for 2019.

The news was revealed during the latest episode of The Voice when Blake Shelton, the 2017 Sexiest Man Alive, passed on the torch to his fellow coach. Legend thanked Shelton on the television show.

“I sat next to him for the last few months and I learned his sexy ways,” Legend said. “I observed every move he made, every utterance that came from his mouth and I think some of it rubbed off on me.”