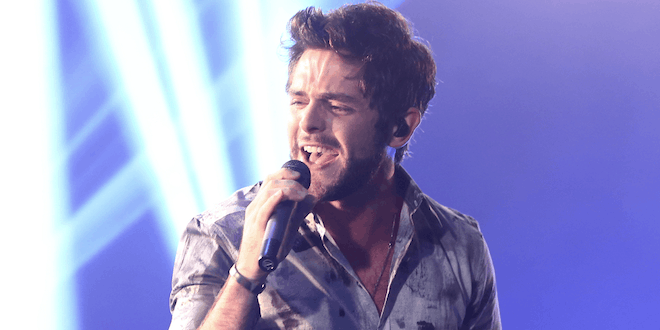 Thomas Rhett is already ready for Christmas with new music!

He has released his first-ever Christmas songs. He co-wrote one song, called “Christmas In The Country,” and the other is his rendition of the classic “The Christmas Song.”

Thomas said, “Christmas is hands-down my favorite time of year. We have so many Christmas traditions in our family that include a lot of festive music, but I’ve never recorded anything myself.

Lauren has wanted me to make some Christmas music for a long time, so this year felt like the right time to finally take a stab at writing something and to put my own twist on one of the all-time classics.”

The Grammy nominees were announced yesterday and Tanya Tucker led the list of country nominees with four, including Song of the Year, Best Country Song, Best Country Solo Performance and Best Country Album. Ashley McBryde, Miranda Lambert, Eric Church and Dan + Shay each have two noms. The 62nd Grammy Awards will be broadcast live from the Los Angeles Staples Center on Jan. 26th at 7p on CBS.

Previous COUNTRY FEED: 11.20.19
Next Top 5 Christmas Movies Of All Time