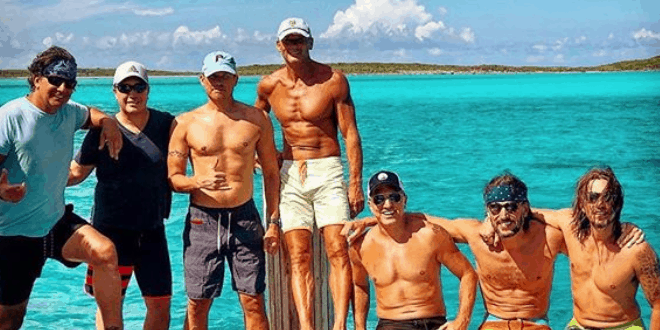 Tim is known for fitness, even on the road. He said, “A lot of people say it’s hard to work out at home and you’d rather be at home, but for me it’s easier on the road because we have five or six guys in the band and in the crew that work out with us. So it usually starts out with 10 or 15 people and about an hour and a half, two hours into it, it ends up being about five and then it finally dwindles down to one or two left.”

The flagship club is slated to open in Nashville in January.

Working out becomes a habit when it’s an easy part of your every day. That’s why I’ve partnered with @SnapFitness to create @TRUMAVfitness. We want to help you find what works for your fitness goals and give you a community that can inspire you to achieve them. We’re excited to announce that TRUMAV FITNESS will open the flagship @TRUMAVFitnessTheGulch and will be operated by co-owner and Nashville resident, @Wirth. Link in bio For more information.