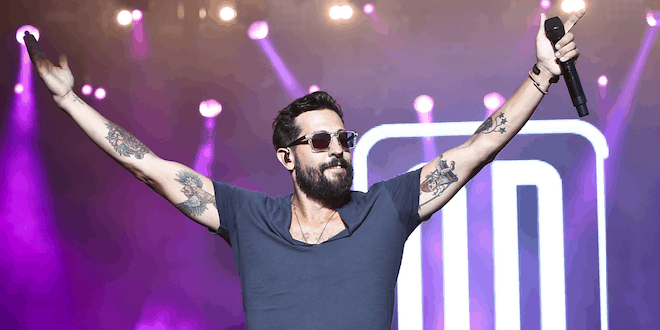 Old Dominion is at the top of the charts this week!

The band’s new album, Old Dominion, debuted at Number One this week and is the largest-streaming album debut by a country band this year. The band co-produced the album for the first time in their career.

Old Dominion is keeping busy with appearances, taking over the famed Plaza on NBC’s Today show on Nov. 12th, as well as an appearance on ABC’s Jimmy Kimmel Live! They are also set to perform on the CMA Awards in Nashville on Nov. 13th.

To everyone in the studio, on the road, in the crowd, at home and in our lives that makes it possible for us to play you our songs. You know who you are… We Are Old Dominion. From the bottom of our hearts, thank you. #weareolddominion #olddominion

Matthew McConaughey is @officiallymcconaughey, becoming the latest celeb to join Instagram. Yesterday was his 50th birthday, and Matthew already has over 687k followers (as of the time this was posted).

His first post is a video of himself admitting he’s nervous but excited for the new opportunity because it’s the first time fans will hear directly from him regarding his views.

He’s a little behind Jennifer Aniston though, who just recently joined Instagram and has over 18m followers.. Here’s why I’m excited for MM to join Instagram: He’s such a postive and motivational individual! – Catryna