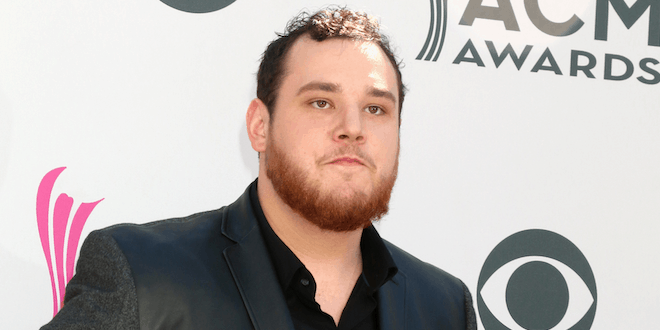 It’s not everyday that Luke Combs is moved by his own song.

Luke’s current single, “Even Though I’m Leaving,” had an emotional impact on Luke himself, even though he was a co-writer.

He broke down a little while recording the demo, which surprised him. “That’s probably the one instance where I was genuinely moved by something that I hadn’t even experienced. I mean, I’m lucky enough to still have both of my parents and I can’t imagine having to sing that song, you know, when that time comes because I was in tears singing the work tape of that song when we wrote it. I don’t know what about it hit me so hard. It was one of the few times where I’ve really been like moved by my own song.”

His new album, What You See Is What You Get, will be released Friday.

The Country Music Association will present its 2019 Willie Nelson Lifetime Achievement Award to Kris Kristofferson during the 53rd Annual CMA Awards. Dierks Bentley with Sheryl Crow, Chris Janson and John Osborne will pay tribute to Kristofferson with a performance of his classic “Me and Bobby McGee”.

The Willie Nelson Lifetime Achievement Award is presented to an iconic artist who has attained the highest degree of recognition in Country Music. The Award was established to recognize an artist who has achieved both national and international prominence.

The CMA Awards will be broadcast live from Bridgestone Arena in Nashville on Wednesday, Nov. 13th at 7p on ABC.

This is "good enough for me and my Bobby McGee!" @DierksBentley will hit the #CMAawards stage next Wednesday with @SherylCrow, @TheChrisJanson and John Osborne (@JingleJohnOsborne) to honor our 2019 Willie Nelson Lifetime Achievement Award recipient – the iconic Kris Kristofferson!