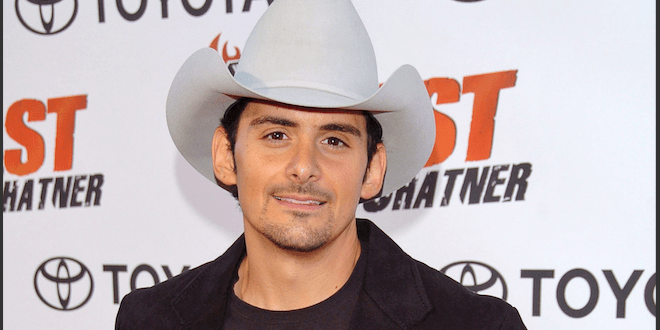 The book is called “Fritzy Finds A Hat.” Scott wrote the book to help parents talk to their kids about cancer after losing his mother at 18-years-old. Scott asked Brad (and his two sons) to be involved due to his love of artwork and drawings.

Brad and his sons drew all the hats for the book, about a boy who searches for the perfect hat for his mom when she starts losing her hair because of treatment for her cancer.

Fritzy Finds a Hat is a reminder of how my mother went through her battle with breast cancer, and after she passed, that was when I decided that I wanted to honor her every way I could. This book is a beautiful way to do that.

Luke Combs‘ new album, What You See Is What You Get, is out today! The project features 17 songs, including the five tracks previously released on The Prequel EP earlier this summer.

The album’s title seems pretty self explanatory, but it’s not necessarily what it seems. Luke said the themes featured on What You See Is What You Get represent all sides of himself, including his more emotional side which isn’t always visible.