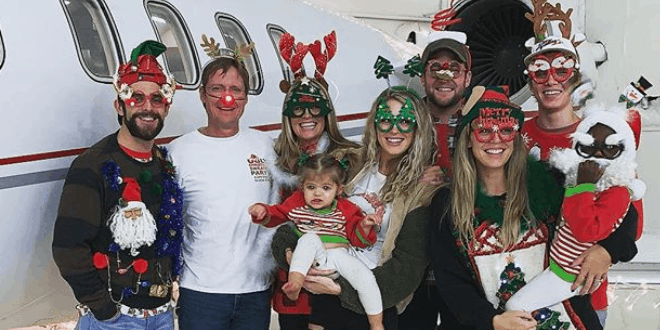 Thomas Rhett says with two young daughters, most of the focus is on Santa, but he hopes he can change that in the future.

Thomas said, “Not that I’m mad about the way that I grew up, but I do think there’s a lot of us that really just look at Christmas in the wrong light… We definitely want to get them what they want and get their gifts and talk about Santa Claus and all that kind of mess. But I really, from a young age, would love to try to ingrain in their heads, what Christmas truly is about.  And we say that, but then all we really think about is the gift giving. You know, I know a lot of families that don’t even do gifts anymore and literally they go out and serve on Christmas Day. In theory, that sounds super cool. I’d hope that we can as a family get to a point where that is what Christmas is to our family rather than all the stuff.”

Spiderman was at the top of the box office this weekend, even though it did a little less than expected.

Spider-Man: Into the Spider-Verse raked in $35.4 million, after expectations pegged the opener at $40 million+. Still, observers aren’t panicking as the movie is expected to have long legs over the Christmas season.