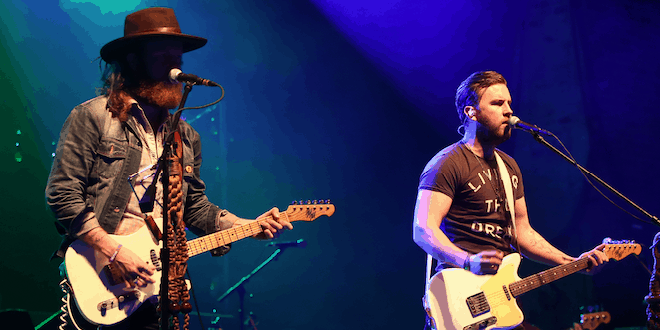 Brothers Osborne knocked out a stadium’s power on Thanksgiving day..

Okay, so maybe it wasn’t actually the brothers, but the power did go out during their halftime performance at the Chicago Bears game against the Detroit Lions. Just as they began to sing “Stay a Little Longer,” the power to their mics cut out and the stage went dark.

TJ told the audience, “We’ll get it figured out.” Power was restored several minutes later and they were able to continue their set.

Power goes out on Brothers Osborne during the Halftime show. pic.twitter.com/8i6soPSuQf

Luke Combs knows that his stardom happened fast and says that his friends are still surprised when they go out and his fans gather around him. He has spoken in the past about how it was difficult to get used to, but explained how he has adjusted..

“My friends, up to a year ago, they’re like, Hey let’s go out and do this thing, And then it ends up becoming a scene pretty quickly, and everyone’s like, “Man I just didn’t realize that it was this big of a thing.” And so that part of it has been overwhelming, but those people are without a doubt the sole reason that I’m able to remain myself, because those are the people that I surround myself with, and I think that’s the way it should be, at least in my opinion.”

Previous Top 5 Thanksgiving Dishes
Next Carissa Is Having A Baby Girl!!