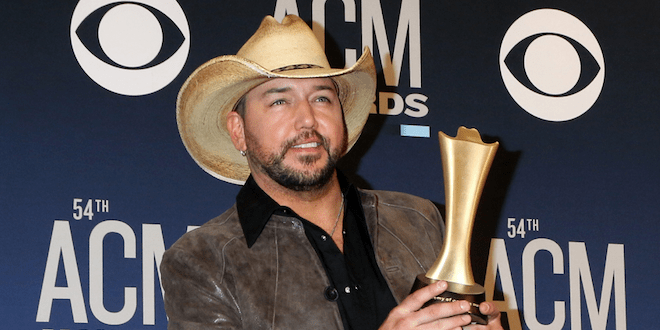 Jason Aldean is heading to Las Vegas this weekend for three back-to-back shows at Park Theatre at Park MGM.

Fans have been anxious for Jason to return to Vegas to play a full show, but he wasn’t in a rush. “We always wanted to go back and do that when we felt like the timing was right, and we had an opportunity to go back out and not do one show but do three, do it in a smaller setting. There’s gonna be a lot of people at that show that were at Route 91 and some of those people may not have been to a show then, you know what I mean, so the smaller the venue I feel like it kind of maybe makes them a little bit more at ease, it’s a little bit more intimate. I don’t know, just to me it felt like the right setting, the right time to go back and do that.”

Announcing our 2020 lineup: The Museum will explore another broad and impactful mix of musical talent, with exhibitions on Country Music Hall of Fame member @whisperinbillanderson, @martinamcbride, and @chrisstapleton. Our annually updated "American Currents" exhibition will again share songs and stories that marked the past year in country music, and the Museum’s major exhibition, "Outlaws & Armadillos: Country’s Roaring ’70s," remains through February 2021.