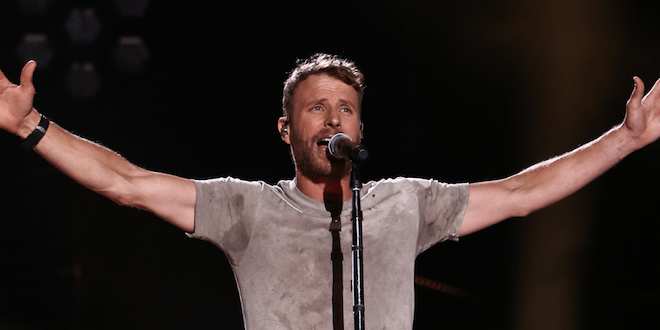 Dierks Bentley wrote his nineteenth #1 song, “Living,” on a desk made of moving boxes.

Yep.. First of all, congrats to Dierks.. He celebrated his No. 1 with friends, family, co-writers and industry friends, as well as his son, Knox, who stars in the video for the song.

Dierks said it was written at his home in Colorado. At the time, the house wasn’t even furnished. So, along with the other 3 writers, they put boxes together for a desk and grabbed a chair from the back yard.

And congrats to Brad Paisley! His first ever network variety show, Brad Paisley Thinks He’s Special, is officially at hit. According to Nielson ratings for Tuesday night, the show had 6.3 million viewers. It was also  ABC’s most watched evening show for Tuesday.