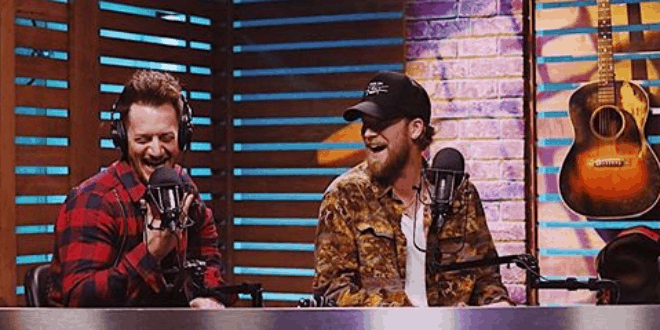 The album includes “Simple” and their latest release, “Talk You Out of It.” There will be 19, yes, 19 tracks including collaborations with Jason Aldean, Jason Derulo and newcomer Hardy.

BK said, “[‘Can’t Say I Ain’t Country’ is a] bold statement until you hear the song. [It’s] a lot more light-hearted and fun… but it’s not necessarily a fire back or rebuttal or an answer. It’s just very necessary for us to put that out there. That’s who we are, that’s who we were, it’s who we’ll always be… It is our most country record probably, for sure, thus far. A lot of the songs have a little bit of a 90s country element, a little bit of a vibe there but there’s still something for everybody.”

Tyler and BK will perform on Ellen February 21st.

Here’s a sneak peak at their collab with Jason Aldean, “Can’t Hide Red” :

Brett Young will perform “Here Tonight” on The Bachelor this coming Monday night.  The performance was filmed at the iconic Red Rocks Amphitheatre in Denver, Colorado. The Bachelor is on ABC beginning at 7p.