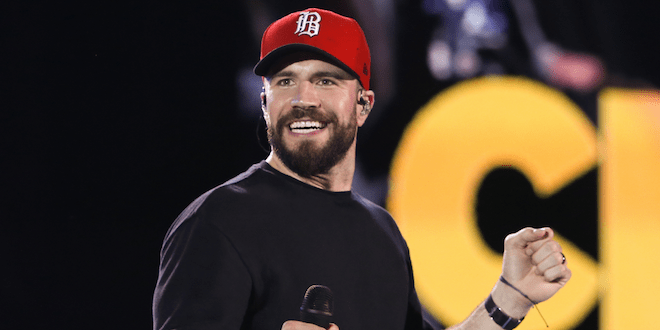 Sam Hunt had some good news for fans yesterday..

His long-awaited sophomore album, called Southside, will arrive in stores on April 3rd! The project will include his current single, “Kinfolks,” as well as “Sinning With You,” a ballad he released several weeks ago. Southside is the followup to his 2014 debut album, Montevallo.

Along with the album, Sam his kicking off The Southside Tour in May, with special guests Kip Moore and Travis Denning.

The SOUTHSIDE Summer Tour 2020 kicks off May 28th. Tickets are on sale Feb 14 | Subscribe at samhunt.com for presale info #SouthsideSummer

Between his songwriting hits, sold-out headlining tour dates and Country music chart success, Luke Combs is cleaning up, financially speaking. While he can certainly afford to splurge, he said he prefers to save his money and spend it on practical things most of the time.

“I’m kind of a saver in that sense, like I’m definitely not a guy that’s out buying anything and everything. I got a nice truck a number of years ago, after “Hurricane” came out. Before I had signed with Sony even I had saved enough money to pay for that in cash… I’m a big believer in not being in debt to anybody. I mean I like watches, is my thing. That’s the only thing that I’ve splurged on…”