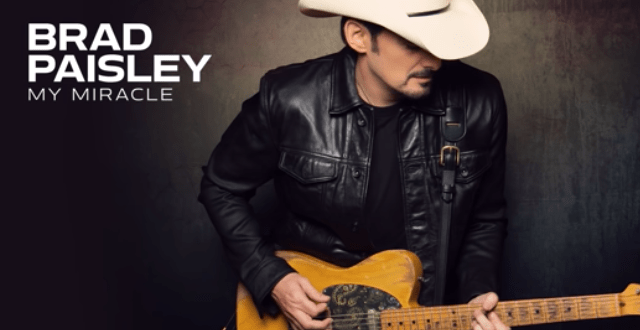 “I can be a little ornery when it comes to writing love songs.” – Brad Paisley

Brad has released a brand new single called “My Miracle,” which he co-wrote. The song was inspired by his wife, actress Kimberly Williams-Paisley.

Brad said, “I can be a little ornery when it comes to writing love songs. I don’t typically put it all out there, but in this one I did. This is the most powerful statement I think I can make. The one I wrote it for, she is my worst critic typically, but in this case I think I got it right.”

Today, I release a song about #MyMiracle, but I want to know – who is your Miracle? Link in bio to download and stream the song.

We’ve got more details about that movie that Jake Owen is set to star in. The film is called The Friend, and is currently filming in Alabama. Jason Segel (How I Met Your Mother), Dakota Johnson (Fifty Shades of Grey) and Casey Affleck (Manchester by the Sea) are also set to star in the film.

The film is based on writer Matthew Teague’s award-winning essay, “The Friend: Love is Not a Big Enough Word,” a true-story account first published in the May 2015 issue of Esquire about his terminally ill wife and the support of his best friend, who moves into their home following the diagnosis.