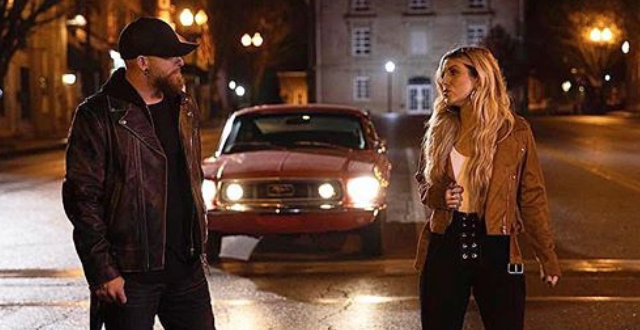 Lindsay Ell and Brantley Gilbert’s new song “What Happens In A Small Town,” is so relatable!

Lindsay said, “…it’s a song I really identify with… I think everybody knows that feeling of going through a relationship and trying to get past it, and whether you live in a small town or whether you live in a city that feels like a small town it’s tough sometimes in your small group of friends or the places you always go, you know, you may see each other all the time…”

It's finally here you guys!! Head on over to @CMT to see the brand new video for #WhatHappensInASmallTown" with @brantleygilbert…. (Link in bio)

Sugarland‘s Kristian Bush and actress and singer Rita Wilsonare touring together this summer.

Kristian continues to tour with Jennifer Nettles as Sugarland, and has been working on a new EP, due out this summer.

JUST ANNOUNCED: I'm thrilled to announce I'll be hitting the road with @ritawilson for short run of dates this June! Tickets for select dates go on sale to the public today (4/11) and tomorrow (4/12). Sign up for my email list to be reminded! Link in bio.