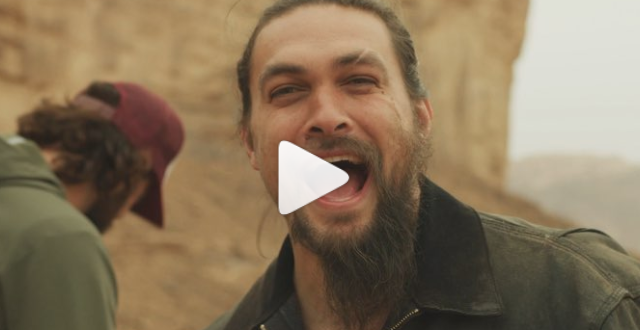 Yes! And people are freaking out!

Jason realized shaving his beard was a big deal, so he taped himself doing it and uploaded to YouTube. “Goodbye DROGO, AQUAMAN, DECLAN, BABA! I’m shaving this beast off, it’s time to make a change…”

Jason is launching a new line of eco-friendly canned water with the Ball Corporation.

If you complain about not having enough “me” time, you’re not complaining alone.. According to a study, the average American only gets five hours of “me time” in a week. And Carrie Underwood being Carrie Underwood is pretty busy as a mom of two and getting ready for her “Cry Pretty 360” Tour.

She tweeted out “Just referred to my time in the dentist’s chair when they give me the gas as ‘me time,’” Underwood Twitter.