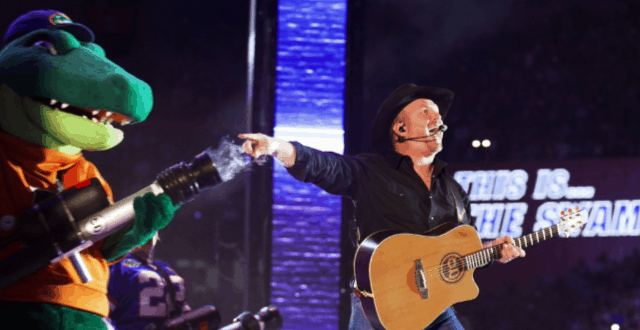 Garth Brooks has done it again.

On Saturday April 20, Garth Brooks’ Stadium Tour stopped at the University of Florida in Gainesville. But just three shows into his stadium tour, and Garth has set a record at each stop. This time, ticket sales went beyond 75,000 and made it the largestever for any non-athletic event at Ben Hill Griffin Stadium.

Thank YOU for making me feel like I have friends in #TheSwamp!!!! YOU were fantastic, Gainesville!!! love, g #GARTHinGAINESVILLE pic.twitter.com/EPqHXqWQVm

Netflix is testing a pretty neat button. It would play random episodes of select TV shows, though it might not become permanent. Shows currently being tested include The Office, Our Planet, Arrested Development and New Girl.