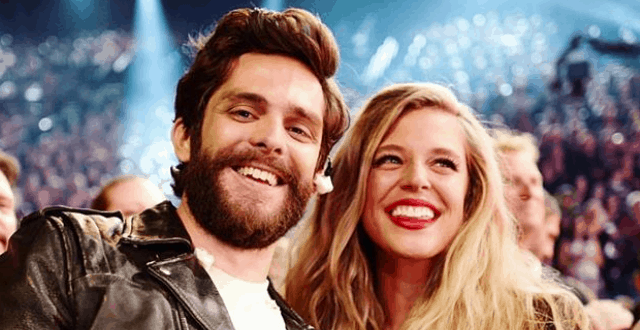 “Thank you God, Jesus, Lord, gosh, like, um, all the glory there.” – Thomas Rhett

Thomas Rhett recently released the video for his current single, “Look What God Gave Her,” and it features his wife, Lauren, and two daughters, Ada James and Willa Gray!

The song is also debut single from Thomas’ upcoming album, Center Point Road, due out in May.

“I’m going to give this one to Dan & shay so they can go home with four. Oh my gosh, man, I love country music so much. Thank you guys so much for, for just loving my songs and loving our family and my beautiful… are you smoking hot I don’t know if you know this or not. Smoking hot. I am… we were just talking about this. We are best friends with all of the people in this category and y’all have shaped who I am as an artist. In 13 seconds, okay. My heart is beating so fast, I love you, thank you god, Jesus, lord, gosh, like, um, all the glory there. So anyway, thank you ACM’s. Appreciate ya.”

But Dan + Shay won the most awards, including Single, Song, and Duo of the Year.

Jason Aldean took home the Artist of the Decade award.

2019-04-08
Catryna Craw
Share
Previous Easter Dinner Options That Will Be Sure To Please
Next COUNTRY FEED: 4.9.19