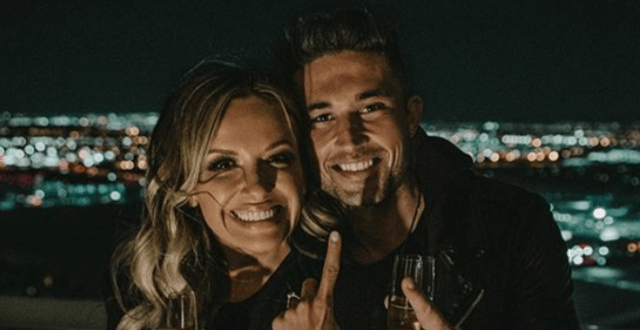 Carly Pearce has a very public relationship with her fiancé Michael Ray, but when did they fall in love?

Carly said, “I have known him for years. And there’s always been this… where I was thinking about him more than I should’ve… And I think we could both pinpoint the moment, that we both were sitting at the bar drinking vodka – which we all know I don’t drink vodka­, but I was drinking it for him. And we just looked at each other and we knew…”

My #1 officially has the #1 song in the country. I could say I’m proud, but that simply isn’t enough. Michael, the way you carry yourself through this industry— with class, a work ethic next to none, a fierce understanding of our genre and most importantly, with the biggest heart and love for everyone you meet… you inspire me every day. There’s no one more deserving of this and I feel so lucky to have been there for the whole ride of “The One That Got Away”. I can’t wait to see what happens next for you, because THIS IS YOUR YEAR baby. I love you. ⭐️♥️ [photos: @christopherjamesashlee]

George Strait is STILL setting records. His new album, Honky Tonk Time Machine, just became his 27th #1 album on Billboard’s Country Album chart and is also #4 on the all-genre Billboard 200 chart, which marks the largest week of 2019 for any country album.

His new single, “Every Little Honky Tonk Bar” is currently in the top 20. Could he set another record with this single?