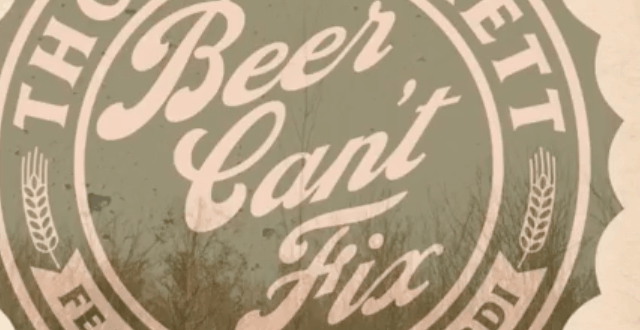 Thomas Rhett and Jon Pardi have a new collab!

We are less than two weeks out from the release of TR’s new studio album, Center Point Road. And Thomas just shared a second collaboration from that upcoming project: “Beer Can’t Fix” feat. Jon Pardi.

Thomas said, “I was playing golf with one of my producers, Julian Bunetta, in Knoxville and we were both playing terribly, so we decided to drink a beer and suddenly we both started playing much better. Julian looked at me and said ‘well, ain’t nothing a beer can’t fix’ and we both were like, ‘We have to write that.’”

We had some fun with this one y’all. Inspired by a day on the golf course with @julianbulian when a beer instantly improved our previously terrible game. “Beer Can’t Fix” ft. @jonpardipics is out now – get it instantly when you pre order the record #CenterPointRoad

Last week, ABC has renewed the reality singing competition hosted by Ryan Seacrest for a third season. While the future of the show is sure, that of Seacrest and its judges is not. While offers have been made and a source close to the production says the network hopes all of the talent will return, there is also no timing regarding an announcement, meaning negotiations could take a while.