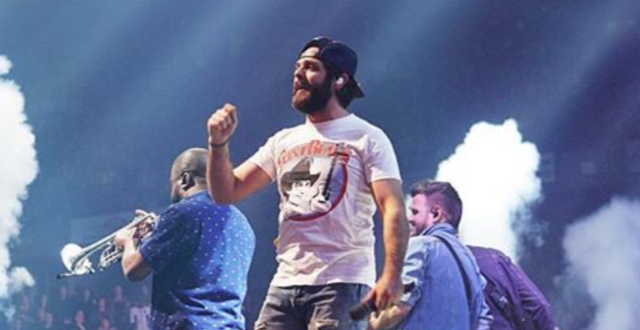 Thomas Rhett is making sure some special military moms have an unforgettable Mother’s Day!

Thomas partnered with Crown Royal and surprised four ladies with an emotional reunion with their military children. People reports that the moms thought they were all heading down to Florida to meet Thomas to pack care packages for active duty service members overseas as part of the Crown Royal Purple Bag Project.. Little did they know, Thomas and Crown Royal had other plans.

Thomas asked one mom what would be the proudest moment she could have as a mother. She said, “Welcoming them home.” And then all the women’s children surprised them and the tears started flowing. It was beautiful.. Watch the video below and try not to cry!

Nothing says generosity like a mother’s sacrifice. #ad In partnership with @CrownRoyal I was honored to recognize some amazing Mothers Of Military with a special medal and an even bigger surprise! #MothersDay. #CrownRoyal #PurpleBagProject

Brothers Osborne, Jason Aldean, Maren Morris, Miranda Lambert and Zac Brown Band are the top nominees with three nods each at next month’s CMT Music Awards. The awards will be hosted by Little Big Town. Winners are selected by the fans, with voting open now at vote.cmt.com.

This year, FOURTEEN acts are in the running for the Video of the Year award: