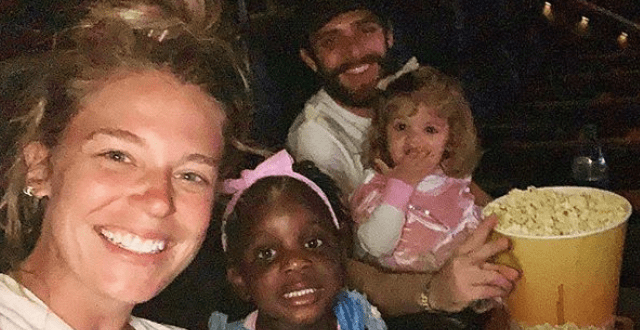 Thomas Rhett‘s family may be growing in the near future!

Thomas recently did an interview with ABC News Radio and said, “If we stopped having kids now, I know I’d wake up at 45 and go, ‘We should’ve had five more. Because I really do want to be able to sit at a Thanksgiving or Christmas table with the most gigantic family on the planet.’”

Now you’re wondering if Lauren is on board with this.. Well, they did an interview last year with Access Online and Thomas said, “Lauren wants to have five kids before she turns 34. That is her plan. So you can probably expect three new babies in the next five years. She’s the boss.”

We can definitely see this happening!