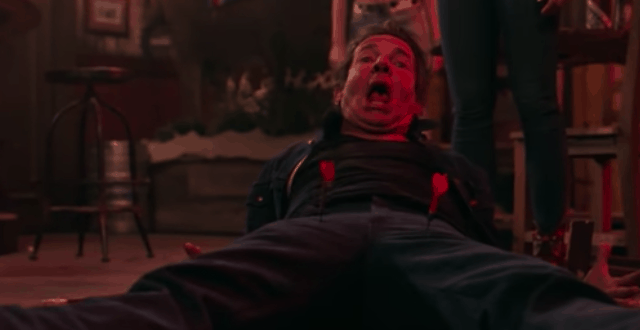 We’re wondering if Dennis Quaid and Tom Cruise are related? Why? Apparently they both like to do their own stunts..

Actor Dennis Quaid actually volunteered to be in Midland‘s video for their latest single, “Mr. Lonely.” And he really wanted to do all his own stunts…

Cameron from Midland said, “He ended up doing a lot of stuff that we didn’t want him to do. We did drag him across the bar. We would not light him on fire. He wanted to do it. We were like, ‘Dude, I’m sorry we just can’t do it we don’t have the insurance policy for it.’ He wanted to get thrown out the window. We were like, ‘No, actually, why don’t you go shoot this thing over here.’

Alabama canceled this weekend’s shows on their headlining 50th Anniversary Tour due to lead singer Randy Owen’s reported illness. The legendary band has bowed out of scheduled shows due to “severe vertigo and migraines,” according to a tweet by Big Sky Music Festival organizers. Randy is said to be “under doctor’s care and being treated.”

We are praying for Randy’s quick recovery!

Previous Ice Cream Sandwiches Of Your Dreams
Next COUNTRY FEED: 7.22.19