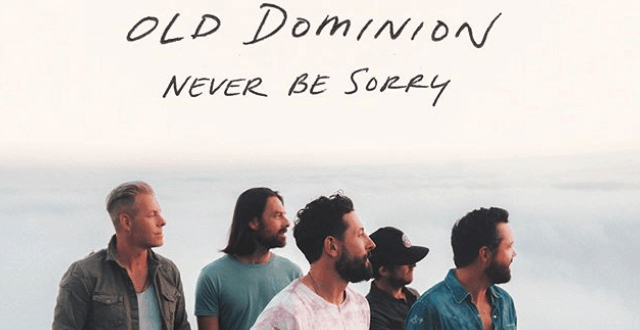 Old Dominion just released a new song ahead of a new album!

The new song is called “Never Be Sorry.” Several members of the group members co-wrote the song and lead singer Matthew says the song is about having no regrets.

The band took to social media saying, “Ending a relationship can be hard & frustrating, but this song reminds you not to forget you loved that person — and you shouldn’t be apologetic for that.”

Their self-titled album (Old Dominion) is due out Oct. 25.

New track off our third album #olddominion coming Friday. Can’t wait for you to hear it! #neverbesorry #musicmonday #weareolddominion

Zac Brown Band is currently on their The Owl Tour in support of the upcoming new album release. Both the tour and upcoming album title are inspired by the lore surrounding the great horned owl, which can see perfectly at night, making it a reliable guide, even during dark times.