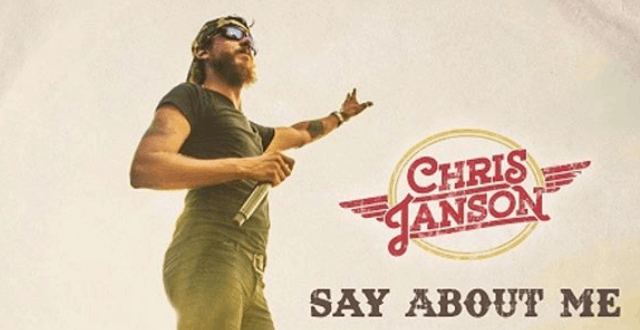 Chris Janson is just one of those artists that doesn’t ever seem to have a bad day. Like everyday is a blessing to this guy, which is amazing. So to follow that thought..

Chris Janson has released a new track called “Say About Me,” which he co-wrote. The song will be on Chris’ next studio album set to be released later this year.

In other Chris Janson news, he will be featured on this Sunday’s (August 4th) CMA Fest TV special set to air at 7p on ABC!