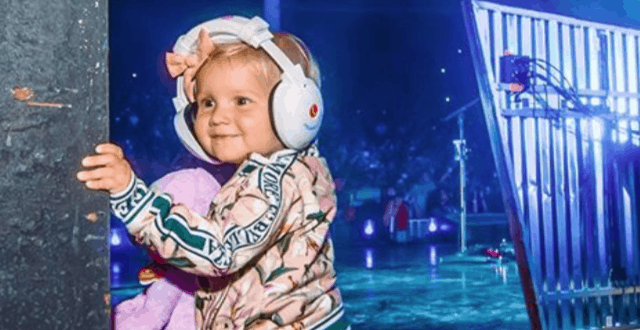 How do you teach a baby to understand a new baby is on the way? Well, Tyler Hubbard is trying!

Florida Georgia Line’s Tyler Hubbard and his wife, Hayley, will welcome their second child any day now. The baby, a boy they will  name Luca, will join their 20-month-old daughter, Liv.

And they’ve been trying to prepare Liv for the new addition.. “We just try to talk about him a lot and kind of point out the fact that your baby brother’s in mom’s tummy right now and he’s gonna be out soon, and just kind of talk to her in childlike phrases.  We feel like it’s pretty important and hopefully she can kind of know what to expect a little bit.  I think she knows what’s going on, so we’ll see how the transition goes.”

Hayley’s due date is August 19th.

Her last weekend on the road as an only child. Its hard to believe it could get any better. We can’t wait to meet baby Luca. Thanks @theholymountain for capturing so many epic moments this weekend.

Blake Shelton has new music on the way with an old friend, Trace Adkins! (They did “Hillbilly Bone” together in 2009.) The new duet is called “Hell Right.”

Blake said, “We had several songs cut that we had been excited about and still are, but when I heard ‘Hell Right’ I called my producer… and said, ‘I don’t want to rock the boat here, I just feel like we need to go in and cut this and see how it works out.’ After living with it about three or four days, I just had an idea that Trace Adkins would be perfect to have on this record with me. I’ve been saying for the last few months, I’m just recording songs that I want to make with no apologies, with no rhyme or reason, and I’ve been making them with the people I want to make them with. I’m just making records that I’m excited about.”