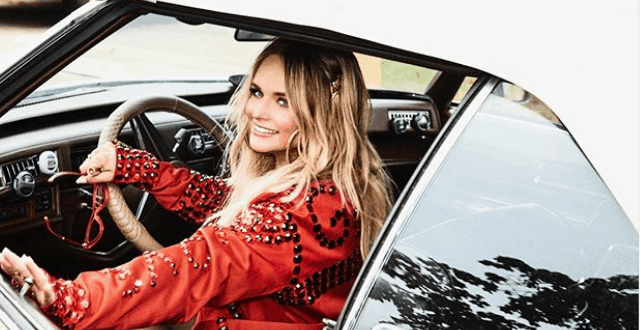 Memo to Miranda Lambert fans — do not bring a beach ball to her concerts.

We knew Miranda didn’t like beach balls, but she made it crystal clear Saturday night at one of her shows..

The ball met its demise when it got close to the stage and she quickly popped it with a what looks like a knife which was ready and waiting on the drum riser.

And what did Miranda say after the deed was done? Watch this:

Eric Church has released his new song, “Monsters,” which he co-wrote for his Desperate Man album. The idea for the song was sparked by his son who needed a little extra light while going to bed one night.

“There was a specific night I can remember going into my oldest son, Boone’s, room, and his closet light, or the bathroom light, the dimmer wasn’t right. It wasn’t bright enough and he wanted it brighter. And when I went in and made it a little brighter, he said, ‘That’s good. That’s good. That’s perfect.’ And it wasn’t much but that stuck with me that’s kind of all he needed was a little more light. It will always be a song that I think about where I was at that time in my life, where my kids were, and how just that little bit of light, is what made the difference. It’s not a big blinding light. It’s this much light that made the difference and that little nugget is what I carry with me on that.” – Eric Church